Kansas City rallied to score 21 unanswered points in the fourth quarter for the victory .

Before the Kansas City Chiefs had Patrick Mahomes, they had droughts. Until last year, they had gone 25 years without even winning a home playoff game. Until Sunday, they had gone 50 years without appearing in a Super Bowl. This was a franchise and fanbase that painfully lived in the past, until Mahomes finally gave them a reason to look to the future. 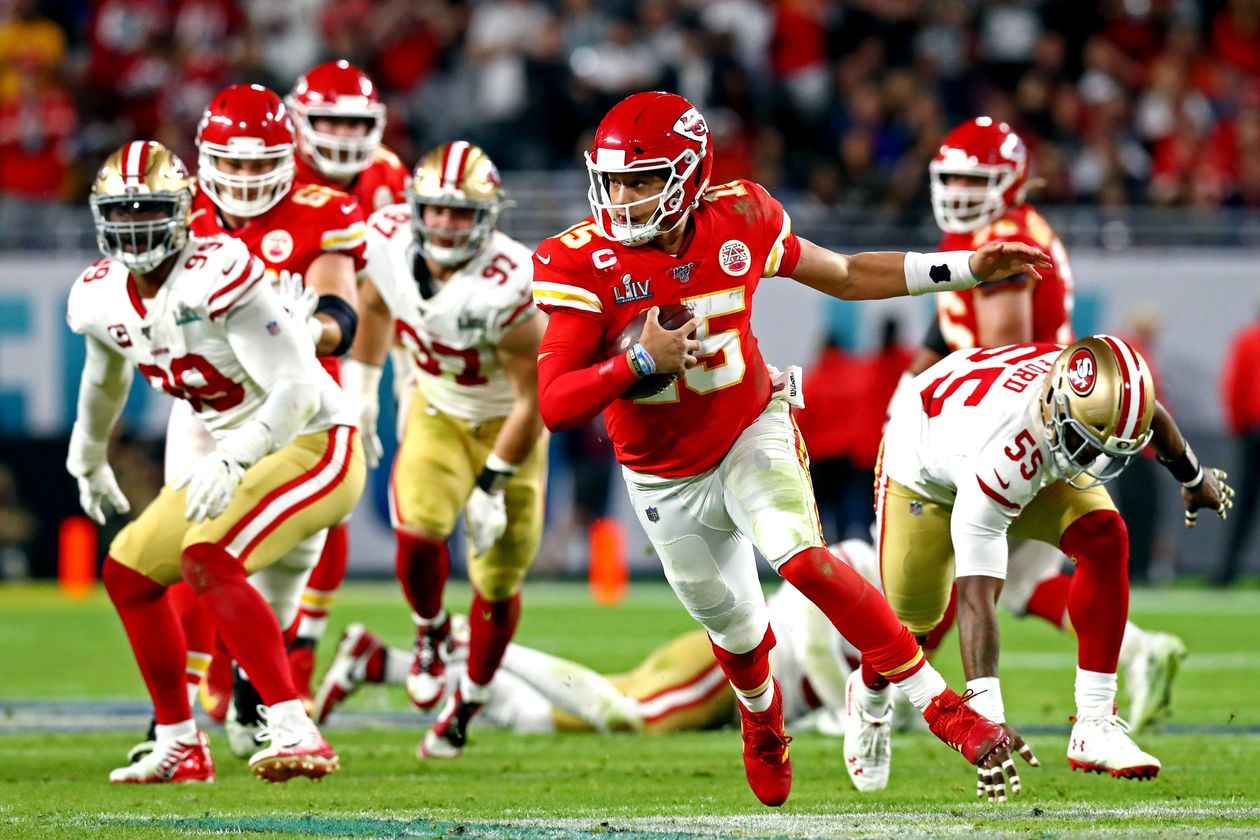 They can now, finally, celebrate the present. For the first time in a half-century, the Kansas City Chiefs are Super Bowl champions. And it’s because Patrick Mahomes did it again.

The Chiefs came back from a 10-point, fourth-quarter deficit to beat the San Francisco 49ers 31-20 and win Super Bowl LIV in the most pressure-packed display of Mahomes’s transcendence yet. He had already led Kansas City back from double-digit deficits in back-to-back playoff games to reach this Super Bowl. What was one more?

For any other quarterback running any other offense, this might have seemed unreasonable. But Mahomes has already made the unreasonable a reality so many times that everything that happened in the first three quarters hardly seemed to matter once he got the ball midway through the fourth quarter, trailing 20-10. The two interceptions he had thrown were irrelevant, and so were all the times San Francisco’s menacing defensive line had shoved him to the ground.

Mahomes had the ball. And that’s when magic happened.